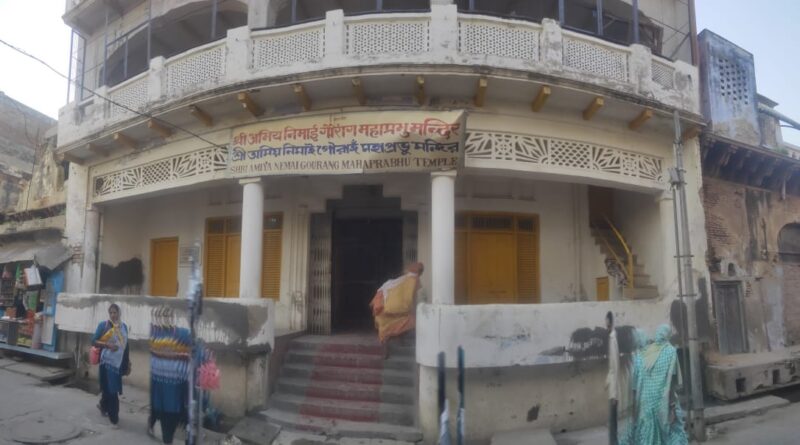 Like Chaitanya Mahaprabhu, the deity of Amiya Nimai also came to Vrindavan on the full moon day of Kartik (26 November 1926)

Vrindavan, 2021-10-27: (Vrindavan Today News): The story of Amiya Nimai Mahaprabhu temple in Gopinath Bazar, Vrindavan begins with Shri Sarvabhauma Madhusudan Goswami who was a devotee in the disciplic succession of Shrila Gopal Bhatta Goswami and a worshiper Radha Ramanji in Vrindavan.

He was a scholar of nyaya and Sanskrit grammar, a preacher, a social reformer, and famous as a great devotee. During his lifetime, he toured several times around India spreading the teachings of Shri Chaitanya Mahaprabhu. Madhusudan Goswami had intimate relations with many great saints and scholars of his time, including Shishir Kumar Ghosh, Shri Kedarnath Bhaktivinode Thakur, Shri Bhaktisiddhanta Saraswati, Pandit Rasik Mohan Vidyabhushan, Shri Madan Mohan Malaviya, and Shri Haridas Goswami.

Goswami ji was completely dedicated to Shri Chaitanya Mahaprabhu. He and his disciples installed many deities of Mahaprabhu in different places. It is said that it was partly due to Shri Madhusudan’s inspiration that Shri Shishir Kumar Ghosh wrote his famous books, Shri Amiya Nimai Carita in Bengali and Lord Gauranga in English. He is also credited with inspiring Shri Krishna Gopal Duggal in his Urdu language book on Mahaprabhu’s life.

As Radha Govinda Goswami started growing older, he began to worry about the future worship of Amiya Nimai. There was no successor in his family. Once, in a helpless condition, Shri Goswami Ji asked Mahaprabhu, “In the future, how and by whom will your service be performed?”

That night, Mahaprabhu came to him in the dream and said, “Stop worrying. Take Me to Vrindavan where your guru’s son lives.”

After receiving this order from the Lord, Shri Radha Govinda Goswami wrote a letter to his guru’s son, Shri Krishna Chaitanya Goswami. He explained the instruction Mahaprabhu had given him, and requested, “Please arrange to take Amiya Nimai to Vrindavan.”

In November of 1936, a group of devotees, including Shri Krishna Chaitanya Goswami, Shri Ramdas Baba Ji Maharaja of Path Bari and others brought Amiya Nimai from Kolkata to Hathras in a reserved coach of the Toofan train. Amiya Nimai stayed at Hathras for four days, during which time the devotees worshiped Him with bhajans, Hari-katha, and various other devotional activities. After that, the deity was brought to Vrindavan by truck.

When Shri Chaitanya Mahaprabhu originally came to vrindavan, He arrived on the full moon day of the month of Kartik. On that same day, 26 November 1926, the full moon day of Kartik, the deity of Shri Amiya Nimai Mahaprabhu arrived in Vrindavan. All the Vaishnavas of Vrindavan assembled and extended an unprecedented welcome with tumultuous kirtan. As immediately there was no suitable place to install such a large deity of Mahaprabhu, Amiya Nimai was temporarily worshiped outside the main gate of the Radha Raman Temple, in an area known as the rasa-mandala. Amiya Nimai stayed there for four of five years.

Then, Shri Shah K.S Gupta, the present servitor of Shri Shah Ji’s Temple, Vrindavan, and his grandmother Shrimati Ram Devi, constructed two large rooms on the bank of the Yamuna in what was then the garden of Shah Ji’s temple, also known as Jugal Bagicha, and the deity was shifted there. For approximately sixteen years, Amiya Nimai remained at that spot.

As the years passed, Shri Krishna Chaitanya Goswami thought, “Mahaprabhu must have His own temple where His worship can be conducted smoothly and regularly.” Shri Goswami had a property in Gopinath Bazar, Vrindavan. There, around the year 1954, construction of a temple was started for Amiya Nimai. Much help and construction of a temple’s construction came from the Amrita Bazar Patrika publication group in Kolkata. The temple was finished in 1956, and Amiya Nimai was ceremoniously installed with great pomp and rejoicing. Since that day, Mahaprabhu’s worship and service has been carried on continuously and regularly.

This festival is celebrated for four days. On the first day, Vaishnavas perform adhivasa kirtan. On the second day, learned men recited Shri Chaitanya Charitamarta and other scriptures. On the third day, the pastime of Mahaprabhu’s birth is recited, and then an elaborate abhishek, bathing ceremony, of Mahaprabhu is conducted. Following that, prasadam is distributed amongst the devotees. Then on the last day there are feasts for the vaishnavas. In the evening there is a kirtan procession around the town carrying a painting of Mahaprabhu.

On this day, Mahaprabhu is dressed in the same mood He manifested on the occasion of Haridas Thakur’s disappearance. That day, Mahaprabhu went as a sannyasi beggar and collected alms and organized a feast for Haridas Thakur in Jagannath Puri. Thus, Amiya Nimai is dressed as a sannyasi on this day and carries a begging-bag in His hand. Special khichari bhoga is offered to Mahaprabhu and distributed among the devotees.

Arrival of Mahaprabhu in Vrindavan

During His manifest pastimes in this world, Shri Chaitanya Mahaprabhu first came to Vrindavan on the full moon day of the month of kartik. Mahaprabhu then visited various places in Vrindavan connected with the pastimes of Shri Shri Radha Krishna. This festival is conducted every year in remembrance of those pastimes.

The program goes for four days. On the first day, adhivasa kirtan is performed by the followers of the late Ramdas Baba Ji Maharaha. These devotees come all the way from Nabadwip, Kolkata, and Puri to participate and extend their full cooperation for the festival. On the next day, learned scholars recite aloud various scriptures. On the third day, kirtans are performed telling the story of Akrura coming to Vrindavan. This particular subject is chosen because Mahaprabhu came to Akrura Ghat one day before his arrival in Vrindavan. After this, a feast is given to all of the vaishnavas. On the fourth day, which the full moon day of Kartik month, Mahaprabhu’s pastimes of arriving in and touring Vrindavan are discussed. Then in the afternoon a kirtan procession goes out to the places in Vrindavan that Mahaprabhu visited on the day He first arrived. During this procession, various kirtans are performed that describe what Mahaprabhu felt when he saw the various pastime places of Shri Shri Radha Krishna. Then, after returning to the temple, full prasadam is distributed to all of the devotees.

In the month of Sravana (July-August) from the day of Pavitraropani Ekadasi up to the full moon day, Amiya Nimai is daily pushed on a swing.

The day after the full moon, Amiya Nimai is dressed up as Shrimati Radharani. 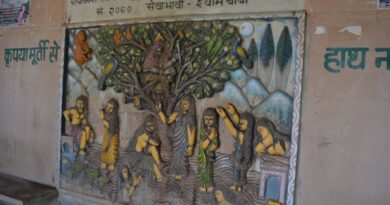 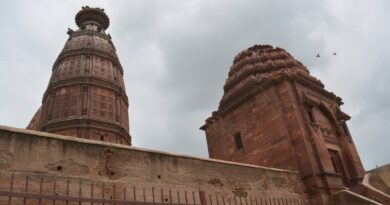 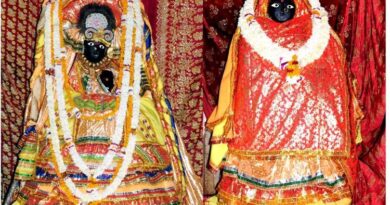