Vrindavan, 2020-07-22: It is likely that the water channel which used to feed water to the tanks, ponds and kunds of Vrindavan may be restored soon.  The ancient channel, locally known as ‘Vrindavan Miner’ used to feed several water bodies including Davanal Kund, Moti jheel, the ponds of Bihari ji ka bagicha, Anandamayee Ashram, Rama Krishna Mission, two step wells (Babri) and many other wells and tanks till late 20th century.

UP Braj Teerth Vikas Parishad has taken initiative to restore the channel which is encroached with the illegal construction. A  Joint inspection by the engineers of Mathura – Vrindavan Development Authority (MVDA) and the Irrigation department was conducted in the entire 9 kilometers stretch of the channel.

The real estate boom in last two decades encouraged encroachment on government lands. The channel of ‘Vrindavan Miner’ had also fallen prey to the greed of the real estate mafia.  Several illegal colonies were built unabated on the land from where the water channel passed.

The Irrigation department had tried to bring water in the channel, but the efforts were confined to the papers only. Nothing was done on the ground. The residents lost hope that the channel will ever be restored.  Since the UP Teerth Vikas Parishad is empowered by the State Government, a ray of hope can be seen to revive the channel.

Shri Nagendra Pratap, the CEO of the UP Braj Teerth Vikas Parishad said, “We have directed the irrigation department to make a project report based on the survey which was conducted recently.” “The report will identify the places where the government land is encroached. We shall make the action plan after studying the report,” he added. 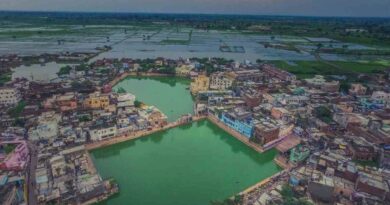 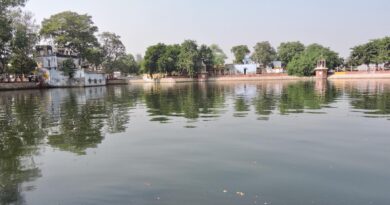 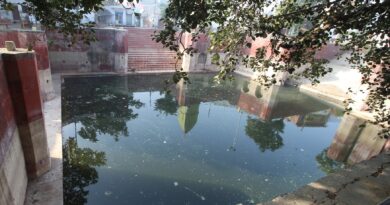