Amongst India’s innumerable festivals, Holi ranks as the most colourful festival. It celebrates the arrival of spring and death of demoness Holika, it is a celebration of joy and hope. Holi provides a refreshing respite from the mundane norms as people from all walks of life enjoy themselves. In a tight knit community, it also provides a good excuse for letting off some steam and settling old scores, without causing physical injury.

Holi continues to be celebrated with great vigour through out India.Indians all over the world eagerly await the Festival of Colours, as bonfires are lit to banish the cold dark nights of winter and usher in warmer spring.Holi is the festival of colours, when everything in sight is covered in a riot of colours.

Twin towns of Nandagaon ( where Lord Krishna grew up ) and Barsana ( where Shrimati Radha Rani grew up ), near Mathura in the state of Uttar Pradesh, are the epicentre of the celebrations. Lord Krishna, while growing up in Braj, popularised the festival with his ingenious pranks. Gopis of Braj responded with equal enthusiasm and the festivities have continued ever since.

Brahmana priests of Nandagaon, where Krishna lived as a child with his father Nanda Maharaja, adornes the Nanda Bhavan temple with beautiful flags. They then glorify the deities of Krishna, His divine brother Balarama, and their parents Nanda and Yashoda by singing Holi songs and showering them in powdered dyes Gulal

Next, accompanied by tumultuous kirtan chanting, they proceed towards Barsana, where Krishna’s consort Srimati Radharana is said to have grown up. Wearing colorful turbans in honor of Holi, the Nandagaon brahmanas climbs Brahmachal mountain to visit the palace of Radharani’s father Vrishabhanu. There, a group of local Barsana brahmanas welcomes them in the traditional Holi way—with a shower of powdered dye Gulal Both groups then sit facing the altar of Srimati Radharani and chant Holi songs together, all the while using traditional water-guns called “pichkaris” to spray each other with liquid dye colors.

Brandishing bamboo sticks with much relish, the women chase away the men, who protect themselves with shields specially made for the occasion. This commemorates the the day on which, according to Vaishnava tradition, Lord Krishna visited Radharani’s village and playfully teased her and her friends. Taking offence at this, the women of Barsana chased him away.

A similar custom is also happens in Nandagaon, where the men of Barsana, known as “gopas,” raids the temple of Nanda Bhavan and attempt to unfurl their victory flag over it while the bamboo-armed women fends them off. Here, the men do not have shields but are well protected by padding, as they are only allowed to retaliate by spraying the women with liquid dye. What’s more, it is certainly within their best interest to make sure they are not caught by the women—for if they are, they are made to dress in a sari and dance, just as the gopis of Barsana once made Krishna do in fun. Famous poets like Surdas, Nand das, Kumbhan das and others, have written beautifully as to how Lord Krishna was similarly received and forced to wear a sari, forced to wear make-up and made to dance before being released by the gopis of Braj.

Throughout the whole enactment, both men and women sing Holi songs, known as “Hori” and based primarily on exchanges between Radha and Krishna.The next day, the temples in Vrindavan celebrate the festival with great guesto. The renowned temple of Banke-Bihari, the beloved lord of the 15th century saint Haridas, is at the centre of the festivities. Clouds of pink and white descend upon the pilgrims, as the Lord of Vrindavan plays holi with all His beloved visitors.The festival moves on to other parts of Braj.

While chaotic, the entire celebration of Holi is suffused with a sense of fun as well as devotion—the festival, it is said, originates from the time when, jealous of Srimati Radha Rani’s fair complexion, Krishna teased Her by painting Her face with color. Thus, the people of Mathura and Vridavan associate Holi with the divine love of Radha and Krishna. 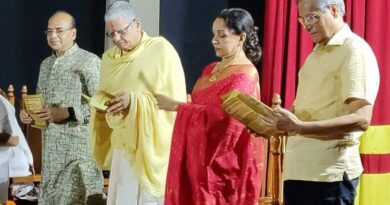