Built on illegally purchased land, the Russian Building complies neither with the MVDA’s approved building plan nor with prescribed fire safety and prevention rules. The owners Krivonosov Romanov (Shyamasundara Charan das) and his wife Natalya Krivonosov have been unlawfully staying in India since 2019.

2022.04.04 (Vrindavan, Today News Services): Following the arrest of notorious Russian couple Krivonosov Romanov (Shyamasundara Charan das) and his wife Natalya Krivonosov who own the Russian Building in Vrindavan’s Raman Reti, Police has sealed the said premises in compliance with the orders of District Magistrate Navneet Singh Chahal. City magistrate Jawaharlal Shrivastav and CO (Sadar) Praveen Malik reached the spot on Sunday. Residents were asked to vacate the building by evening, failing which strict action would be taken against them. The building was sealed under Uttar Pradesh Fire Prevention and Fire Safety Act, 2005.

Das and his wife Natalya are founders of the contentious ‘Shri Vrindavan Dham Trust’ which owns and runs the Russian Building, through illegal means. Several notices have been issued to the trust owners in this regard, as wells as pertaining to their illegal stay. The duo came to India on tourist visa in 2013, and has been illegally staying in the country since 2019, when their Visa was suspended by the Ministry of Home Affairs (MHA).

Last Friday when senior inspector Manoj Kumar and a team of the Local Intelligence Unit (LIU) went to their Raman Reti residence to investigate the matter, not only did they refuse to cooperate, but physically attacked the on-duty officials. The assault resulted in the constable’s uniform being torn, while the lady constable was bitten in the hand.

Following the incident, Das and Natalya were booked by the UP Police under Section 14 of The Foreigners Act, 1946 and Section 332 of the IPC for voluntarily causing hurt to deter public servant from his duty. They were presented before the court on the basis of charge sheets filed by the LIU. The court has taken them into remand. In compliance with the DM’s orders the Russian Building owned by them has also been sealed.

Krivonosov Romanov and Natalya Krivonosov, their Trust and the Russian Building share a controversial history of evading the law. According to the LIU, the MHA suspended their visa in 2019, after which they have been illegally staying in India despite several notices issued to them in this regard. The couple runs a racket in the name of the trust, having duped hundreds of people in the process.

Talking to the media, the LIU official said that the seven-storey Russian Building was built on illegally purchased land in contravention to the MVDA-approved plan which permitted only four floors. The owners deliberately didn’t make any provision for fire safety and prevention as mandated by the Uttar Pradesh Fire Prevention and Fire Safety Act, 2005.

The latter came to light two years ago on 25 September 2020 when a fire broke out in the building’s basement due to a fault in the generator. The fire fighting team sent to the site had to face many difficulties in completing its task due to lack of peripheral access, water tank and equipment mandated under the law.

This happened despite three notices dated 3 October 2019, 17 November 2019, and 16 July 2020 being sent to the owners. Following the incident the authorities started the process of sealing the building. The orders are finally being implemented now.

The LIU also found that the owners Krivonosov Romanov and Natalya Krivonosov were engaged in fraud and tax evasion. Sidestepping the proper sale process, the couple in complicity with some Notary official was duping people with a notarised Rs.100 stamp paper, saying that it is selling / renting out flats in accordance with the law which was not the case. The building has only one electricity meter, and several sub metres. While the owners were collecting municipal and society tax, and selling electricity at the rate of Rs.12 per unit, no tax was being paid to the state government.

..during that time she made Shri vrindavan dham trust ramanreti ..the trust built a multi-storeyed building near iskcon mandir for foreigner devotees..

Keeping all this in mind and the incident that happened last Friday, the UP Police initiated action against the owners. The building was sealed under the UP Fire Prevention and Fire Safety Act, 2005. Das and Natalya were booked under Section 14 of The Foreigners Act, 1946 and Section 332 of the IPC for voluntarily causing hurt to deter public servant from his duty. The couple is involved in three other cases of fraud.

Moreover, LIU investigation has also revealed that they were convicted under the Russian Law for financial fraud. The MHA therefore did not grant them extension on their Visa. 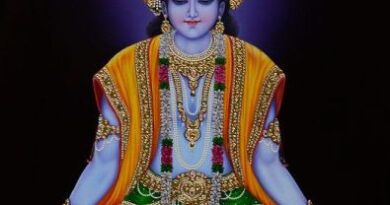 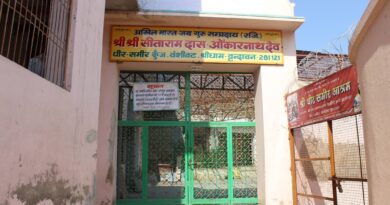 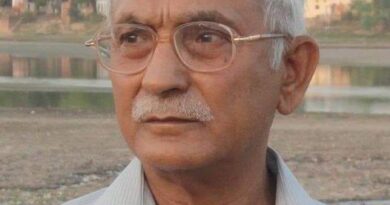