2021.12.28 (Vrindvan Today News): A new Police Station has been carved out of  Vrindavan Pollice Station and its surrounding area. The reporting police chowki in Jaint village on the National Highway 2 has been upgraded into new Kotwali, Police station.

Nachiketa Jha, IG range Agra, inaugurated the new premise on Monday afternoon. SSP Dr Gaurav Grover, SP City MP Singh were also present for the inspection. Jaint will be the 22nd police station in the District. It will provide security to 38 villages under its jurisdiction and shall oversee the 4 temporary posts.

The city is undergoing a lot of changes since the CM Yogi Adityanath proposed developmental schemes in Mathura- Vrindavan. The vision is to develop them as smart cities and therefore along with other crucial projects, we also find advancement in the police department. The rise in population has demanded for an expansion and up gradation of the current system. Especially when it comes to aspects like maintaining law and order and prevention of crime; it’s imperative to have a well-operated security force in the state to ensure the welfare of the people.

The government had asked for a detailed report in this regard. This would help to find out the number of police stations needed in accordance to the demographic pattern of the state. The district police administration had recommended the establishment of approximately 9 new Police stations. The government has approved the proposal, and also provided funds for its development.

The construction of the new building has been completed. It is said that this police station can play a major task at the time of Vidhan sabha (legislative assembly) election. The officials have worked diligently, seeing the possibility of the announcement of Model code of conduct (Adarsh Chunav Aachar Sanhita) in the state.

While the new Poliice Station will strengthen the law and order situation in the district, it will be inconvenient for the residents of Kailash Nagar, Akrur, Rajpura,  Chaitanya Vihar, Godhulipuram, Dhaurera to reach the Police Station situated at 12 kilometers distance. Vrindavan Police Station is just 3 kilometers from this place.

In recent years, the area around the Tourist Facility Center (TFC) has become the hub of the developmental projects in Vrindavan. Several important facilities including the Tourist Facilitation Center, District Combined Hospital, the Government Helipad, Proposed Tourist Police Station, Proposed Food Park, the Garbage Transfer Station, Grain market, Vegetable Market, Sewer Treatment Plants are located in this area which is just 3 kilometers away from Vrindavan Police Station. It is impractical to include this area under the new Police Station at Jaint, which is 12 kilometers away. Moreover, there is no direct transport facility for the common people to reach Jaint thana to lodge complaints against any crime. 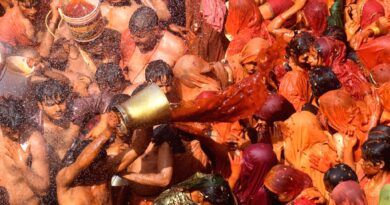 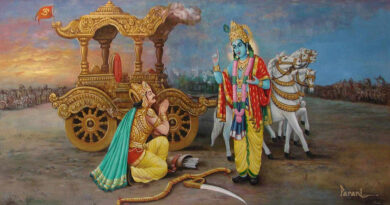